This is the first lesson looking at the book of Mark. As we study the four "Gospels," it’s worth refreshing our memory about these four books that begin the New Testament. Referred to as the Gospels, Matthew, Mark, Luke and John provide us an account of Jesus’ life and ministry, his death and resurrection, and his instructions to the Apostles and, ultimately. to us.

Almost immediately, we will notice that Matthew, Mark and Luke are similar in many ways, and we examine some of those similarities as we begin our study of Mark. Of note, John’s Gospel is distinctly different from the other three. The first three books are similar in language, in the material they include, and in the order of events and sayings from the life of Christ. However, in all three books, chronology is not a driving factor—thus requiring the reader to discern the proper chronological order after reading the book itself. These similarities result in Matthew, Mark and Luke being referred to as the "Synoptic Gospels," (seeing together). By studying all three, we get a complete picture as seen together across these Gospels. In an analytical way, we can see this with 91 percent of Mark’s Gospel contained in Matthew, while only 53 percent of Mark’s Gospel is found in Luke.

In contrast to the Synoptic Gospels (Matthew, Mark, and Luke) that cover all of Jesus’ life and ministry, plus his death and resurrection, John wrote a different "Gospel;", he wrote with a clearly different intent as stated in John 20:31: "These are written that you may believe that Jesus is the Christ, the Son of God, and that by believing you may have life in his name." John wants his readers to know for a certainty that Jesus is the Christ, and the our salvation is assured if we put our faith solely in him.

I will also point out that although Mark’s Gospel follows Matthew’s in the order of the Gospels, it appears that Mark’s Gospel was probably written first and used as a source for Matthew and Luke. This is one of two opinions about why so many similarities appear in the three books. Mark was a disciple of Peter and followed him closely. It is believed he recorded Peter’s sermons and teachings, and used these notes as one source for his gospel. It also appears that, like Matthew and Luke, Mark used oral tradition and other written fragments or notes, see for example Luke 1:1-4.

There remains much debate about whether Mark borrowed from Matthew and Luke or whether they borrowed from him. In my personal opinion, it seems reasonable to believe that Mark was used as source by Matthew and Luke, both of whom wrote their accounts later. Mark’s appears to be first, but even here there is disagreement.

However, we do know that Mark stayed close to Peter, with the exception of his missionary trip with Paul and Barnabas, Mark’s cousin. Leaving in the middle of the mission trip, for an undisclosed reason Paul would refuse to take him on additional trips. Mark would move to Cyprus and serve with Barnabas, eventually traveling to Rome where he again worked with Paul. Later, he would serve with Peter in Rome as well.

Given the above background, let’s read Mark Chapter 1 and consider the following questions:

Closing our study of the first chapter of Mark, we see Christ already engaged in spreading the Good News to gatherings of large crowds, as he works his way around the Sea of Galilee with his four fishermen/disciples close at hand. Concluding this phase of his preaching campaign, Jesus returns home to Capernaum at the beginning of Chapter 2. 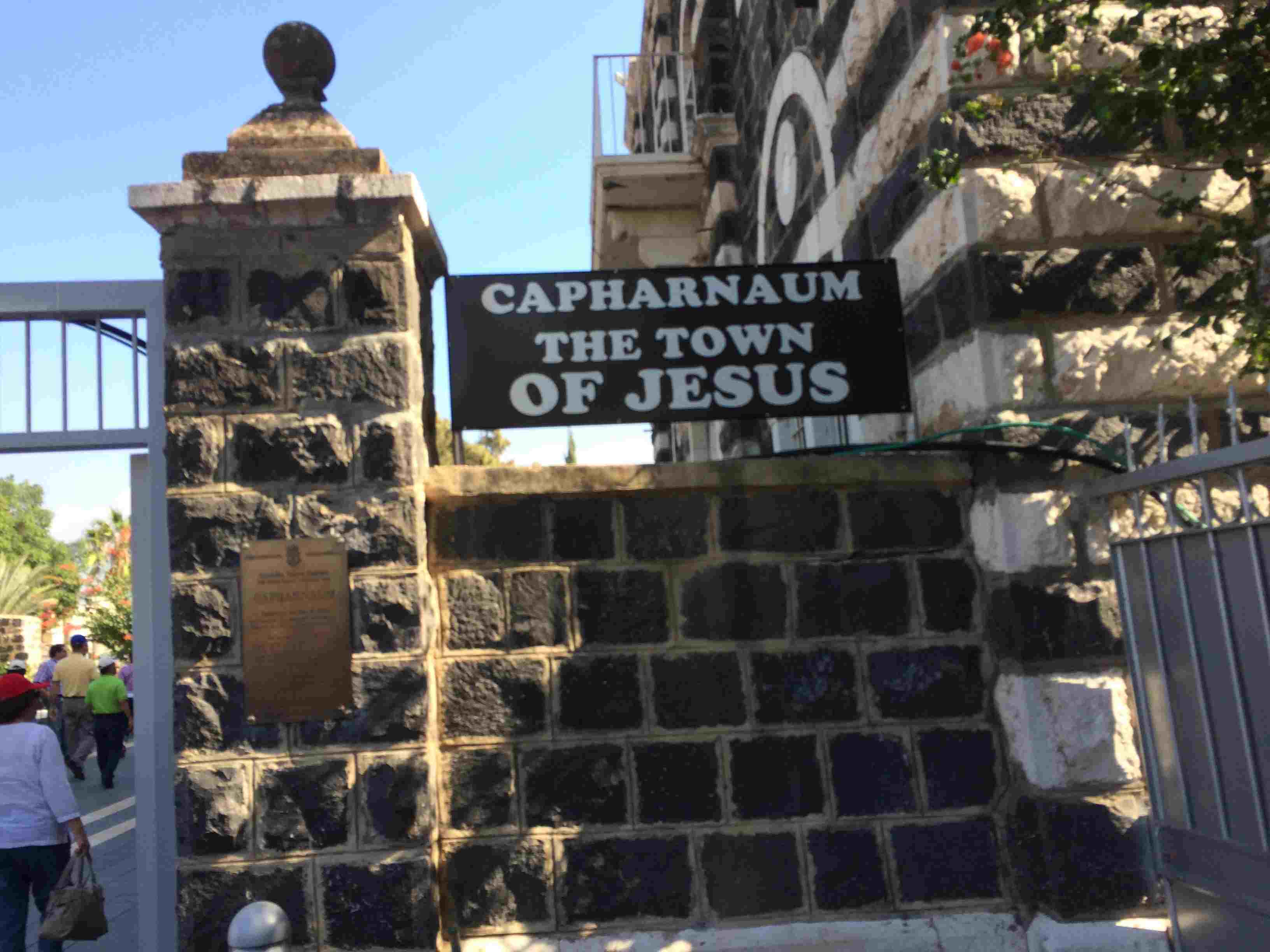 Just as Jesus came to proclaim the good news, so we are to continue to do the same. Jesus came so that all could have eternal life through him. As we have seen in this lesson, it is not sufficient to simply know that God exists and that Jesus is His only Son. We have to repent of our sins and believe on Jesus; only then will we be saved, re-born, and given a new and eternal life. Praise God for His Son and for the eternal hope we have in Him!

Have a greet week everyone!