As we now study Chapter 4 of Mark, we again find Jesus teaching along the shore of the Sea of Galilee. I have included this picture of it below, looking towards Tiberius, so that you can see what it looks like on a calm evening. Jesus spent a lot of time along this beautiful lake, and many of the disciples fished in it as well. As you travel along its shoreline, it is easy to imagine the large crowds that gathered along the shore to hear him teach. In this lesson, Mark provides us direct insight into what Jesus was teaching the crowds and his followers, the disciples. 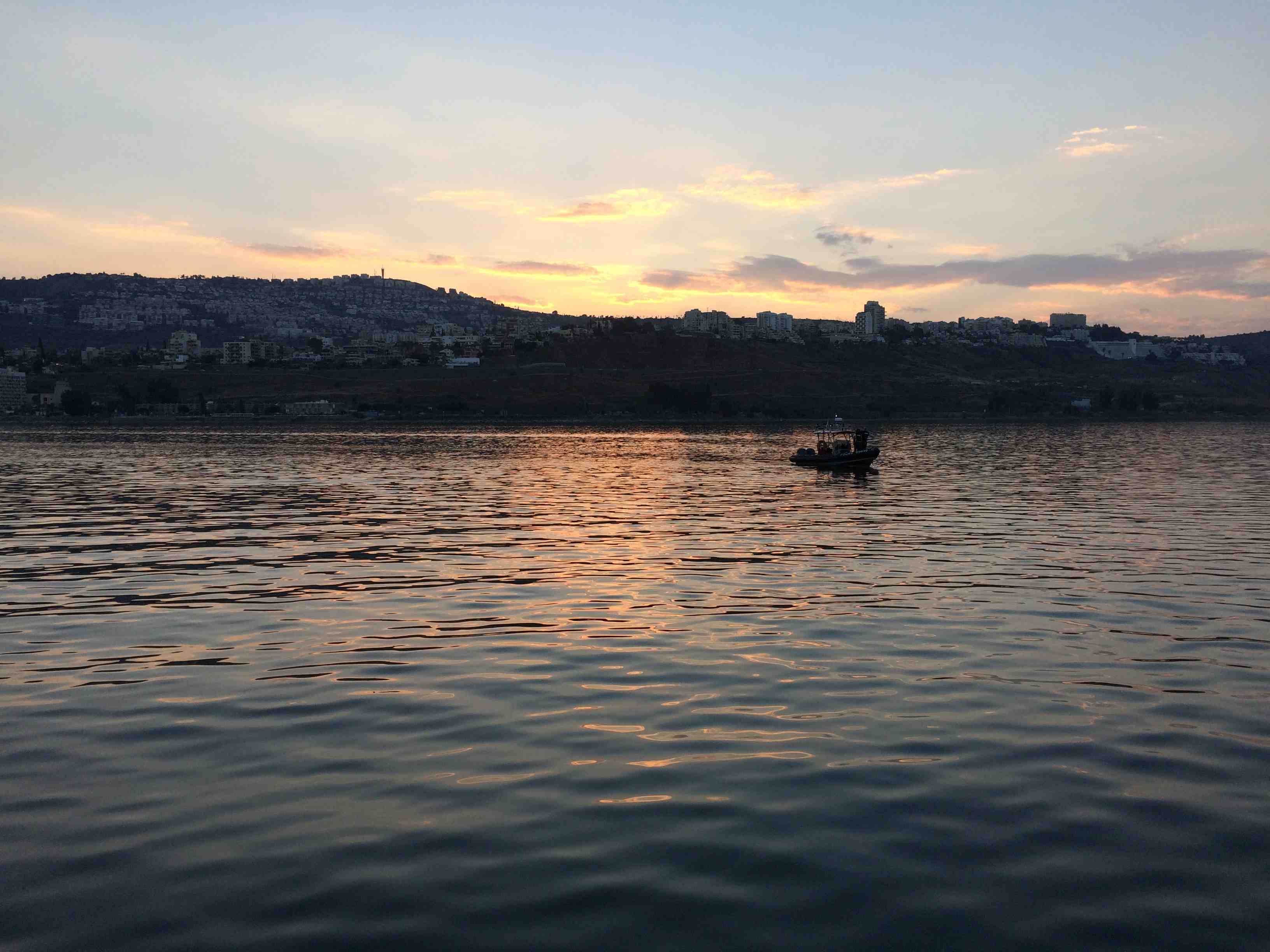 We will examine the parable of the Sower and the Seed, as Jesus begins to open the disciples’ eyes to His kingdom and to their purpose. At the end of his teaching, while sleeping on the boat, Jesus is awakened by his followers who are fearing for their lives, due to a terrible storm on the Sea of Galilee. Through this event, Jesus will show them his authority over all creation.

Given that background, read Mark Chapter 4 and consider the following questions:

Jesus now has the attention of his disciples in a way that they could have never previously imagined. Having demonstrated complete and sovereign authority over creation, Jesus will go on to continue his ministry on a scale not yet witnessed by his disciples. We will be examining this in the next chapter of Mark.

As we close this lesson, let it be clear to us as believers that we have been commissioned to sow the seed of the Gospel, regardless of the soil or the field he places us in. Then, we are to wait patiently for Jesus’ return. Furthermore, as the toils and tribulations of life toss us to-and-fro, he is always there for us; and we are to depend on him and nothing else.

Have a great week everyone!