In this lesson we will be studying Mark Chapter 6. To help us understand the various locations referenced in this chapter and elsewhere, I am including a pertinent relief map found on the internet. It is useful because it clearly shows us the locations mentioned relative to Jesus’ activities and travels. You will note that the body of water in the center is called the "Lake of Gennesaret." This is one of four names given to the Sea of Galilee; the other two are "Lake Kinneret" and "Lake Tiberias." 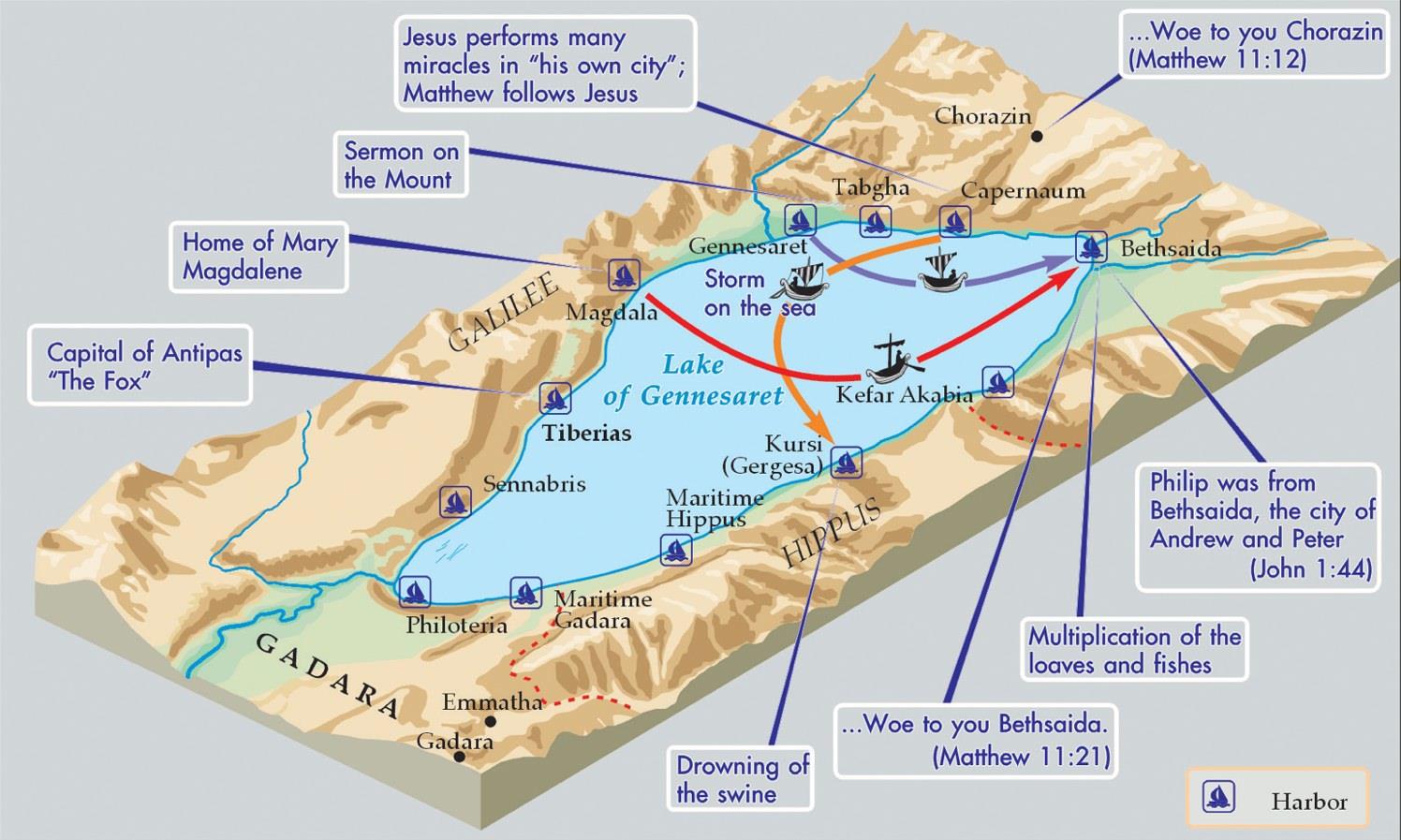 I have also included (after the Questions section below) three photos that I took at Machaerus, the location cited by the Jewish historian Josephus as the site where John The Baptist was beheaded. We’ll have more on that later.

Mark Chapter 6 opens with Jesus once again traveling around the coastal areas of the Sea of Galilee. Having raised the girl from the dead in Capernaum, he leaves and travels up into the mountains then southwest approximately twenty miles to his hometown, Nazareth (not pictured on this map). His disciples follow him; and, as was his practice, in Capernaum he goes into the synagogue in Nazareth to teach.

Let’s read through Chapter 6 and consider the following questions. 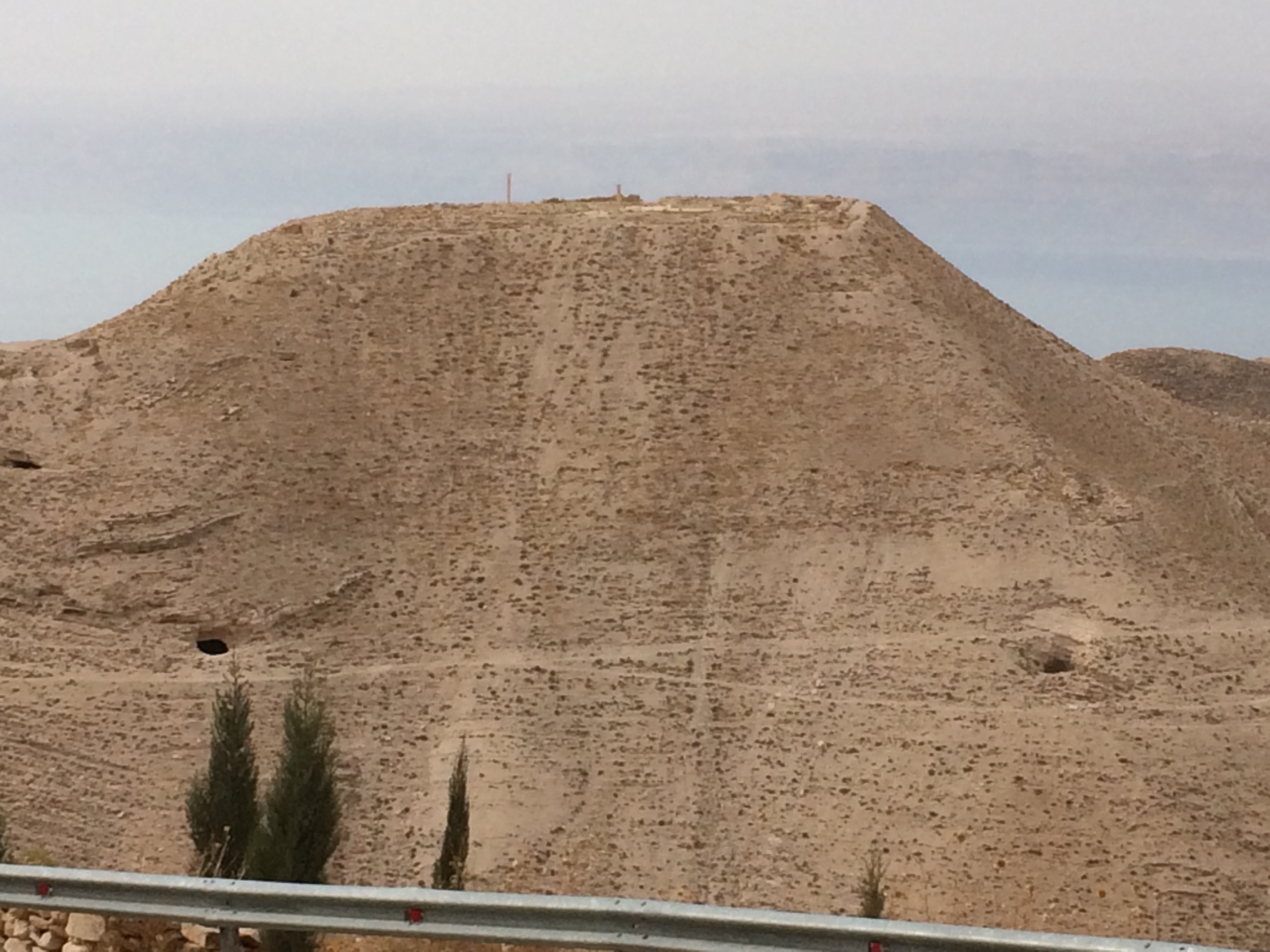 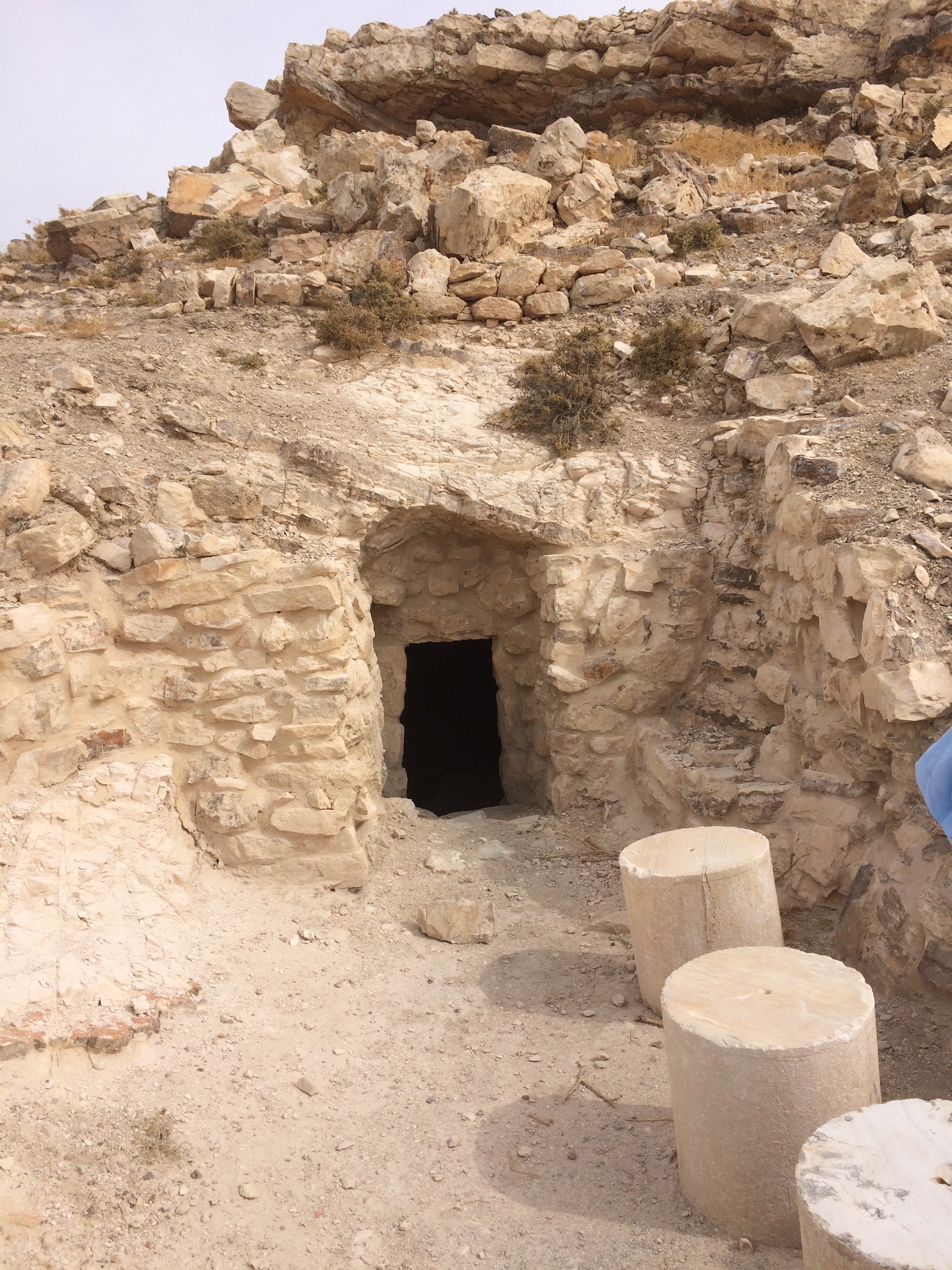 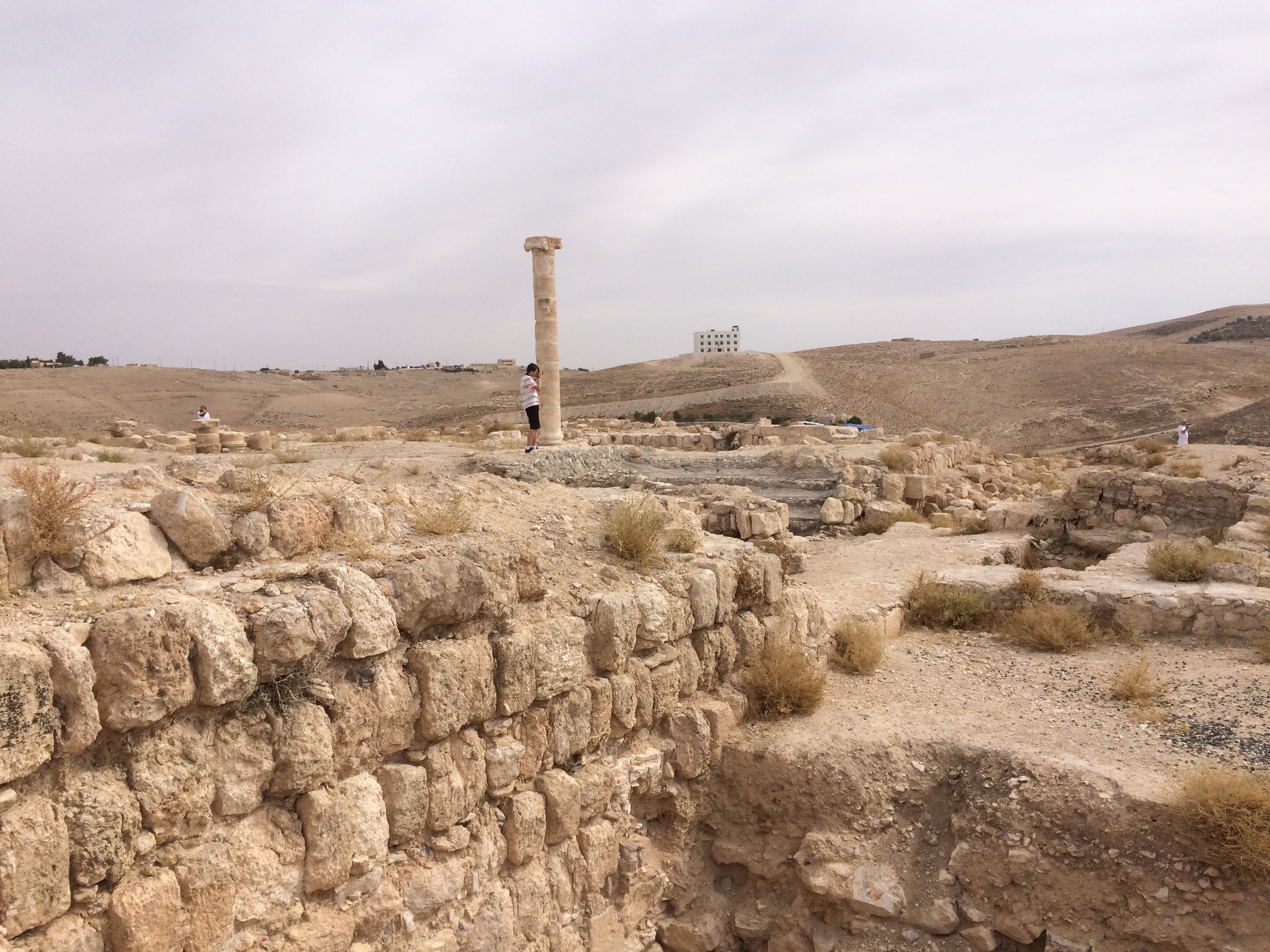 As we close our study of Mark 6, we can observe a common theme of Jesus performing miracles that no one expected. Demonstrating his power over all of creation and the demonic world, Jesus accomplished what seemed amazing and beyond understanding to his followers.

There is a real lesson here for us as well. When we are faced with trouble, challenges, tough times, and/or seemingly insurmountable obstacles—this is when our faith needs to be the strongest. We cannot allow ourselves to think that in any particular situation there is no hope. We cannot think like a human; we need to think like a person saved by the God of this universe. Matthew 19:26 states, "With man this is impossible, but with God all things are possible."

So let’s live a life free from fear, as we put our complete trust and faith in Jesus to provide for our every need—no matter how challenging that need may be.