Nothing New Under the SunDiscussion

"There is nothing new under the sun." Ecclesiastes 1:9

King Solomon wrote those words over three thousand years ago in the book of Ecclesiastes; and they are still true today. As I continue to work on my PhD studies in biblical history and archaeology, I am struck again and again by Solomon’s words. 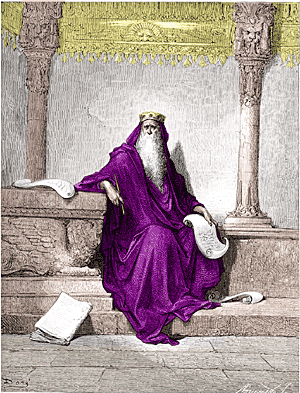 The focus of my studies is biblical history and, in particular, the history of the near east. Covering a broad expanse of time from the earliest known civilizations—the Sumerians, through to the Akkadians, the kingdom of Ur, the Hittites, the Mitannians, the Assyrians, the Babylonians, the Persians, the Greeks, and the Romans—right through the Ottoman, Islamic, British and current periods of history in that region; I have discovered that the similarities among them are striking.

Beginning with the Sumerians in the late third millennium BCE, the people of the day were concerned about having a good defense, a stable food and water supply, a home, raising their children, and dealing with such topics as oppressive taxes, injustice, corruption in high places, the wealth of the land being held in the hands of a few privileged individuals, aliens living in the land, interruptions in their trade routes, famines, earthquakes, extremes in weather, and invading forces.

Turmoil seemed to be present everywhere, with only brief periods of peace and stability. And when those periods of stability surfaced, the prosperity that followed often corrupted not just the influential but the everyday citizen as well. Even more troubling was the belief that their personal gods were the source of all that was good, and that their efforts on behalf of those gods were rewarded with further prosperity—only to see the peace end, and corruption, internal strife, and attacks by the enemy eventually take over, resulting in the decline of that nation.

This past week as I have been reviewing much of this history, I have been struck with how all of these three–thousand–year–old "issues of the day" continue to ring true throughout history and into the present. As human beings created by God, we all come with the same set of needs, anxieties, and desires—both good and bad—nothing has changed; the only thing different today is our tools.

What man has failed to realize (again and again) is that God should be at the center of our lives, and our desire should be to serve Him first, rather than serving our desires—and certainly not the idols "made of human hands" that we lift up today. Protests, marches, pushing for change election after election, complaining about the government, or injustices, or the greedy employer, or that nasty neighbor, all change nothing over the long haul. It is only when we and the country turn to God that real change occurs.

Our country, and each of us living in it, desperately needs a revival if we are to keep ourselves from "going down" like every other kingdom in history. This revival must begin in the hearts and minds of each one of us. It cannot begin in the nation, or the government, or the economy, or even the church, without first starting in the heart and mind of the individual. God tells us how a true revival begins:

"If my people, who are called by my name will humble themselves, and pray and seek my face and turn from their wicked ways, then I will hear from heaven, and I will forgive their sin and will heal their land." [2 Chronicles 7:14 (NIV)]

Revival has to start with me and you. Are we humbling ourselves before God, or just paying lip service to scripture? I worry that I try to fix everything myself, that I’m too dependent on my own wisdom and knowledge, and very little dependent on His. How about you? Let’s begin to earnestly pray for each other, that God will begin a revival in us, and that that revival will spread to our loved ones, our neighbors, our co-workers, and our enemies.

If Nineveh repented and was saved from destruction, we can too; but it takes a conscious decision on our part to put ourselves, and our desires, second to that of serving the one true God. When we do this, I know that we will see true revival spread across this great land. May God grant us that revival today.

Praying with you in Christ’s name,